January and February is peak season for skiing and snowboarding at British Columbia’s mountain resorts, but heading to the slopes in the shoulder seasons has its perks. Hotels and lift tickets can be more affordable, restaurants and bars less crowded, and lift lines shorter, while days are longer and warmer.

The lull before peak season runs from roughly the third week of November – when many resorts open over American Thanksgiving – until just before Christmas. On the tail end of peak season, you can book a spring skiing trip starting early March. Depending on the location, elevation, and size of the resort, spring skiing lasts into April or even as late as mid-May. At mammoth mountains like Whistler Blackcomb, downhilling might extend into June on the summits. (Die-hard, experienced skiers and riders can even have the unique pleasure of hitting the slopes mid-summer on Whistler’s extraordinary Horstman Glacier in June and July!)

As the crowds thin out towards the end of the season, hotel prices drop and spring ski package deals start popping up. Line-ups are shorter. Ski villages become quieter, with a more chilled-out atmosphere.

Days are also longer and warmer, which is especially advantageous for families with young kids who get cold quickly. More open space on the slopes means watching your speeding child careen down the mountain is slightly less terrifying with fewer folks in their path. Keep in mind, however, that March Break for public schools and Reading Week for university students (usually late February) will be busier, costlier times to travel.

While you’re unlikely to encounter powder during the warmer spring season, conditions are still good and there’s always the chance of a decent dump of fresh snow to play in, though do expect to get a little wet. Sometimes, temperatures can get downright balmy when skiers hit sunny slopes in T-shirts, shorts – even bikinis! – and come away at the end of the day with a tan.

Heli-skiing is a different kind of spring fun too. Though there’s less chance of waist-deep powder in April, there is more sunshine. Lunches on the slopes are relaxed compared to mid-winter when everyone is quickly chowing down to prevent getting too cold! Also, as the weather stabilizes in spring, previously inaccessible higher alpine regions begin to allow skiers into their heights.

Late season skiing offers the opportunity for snow-free springtime activities at the base like hitting the local mountain bike trails. On Vancouver Island you can shush the slopes of Mount Washington Alpine Resort in the morning and play a round of golf at Crown Isle Resort & Golf Community in the afternoon.

And then there’s the sheer delight of savouring lunch and après-ski beverages in the sunshine on an outdoor patio like the massive deck-with-a-killer-view at Revelstoke Mountain Resort‘s Revelation Lodge. But be sure to sunscreen up – there’s nothing worse than a goggle tan! 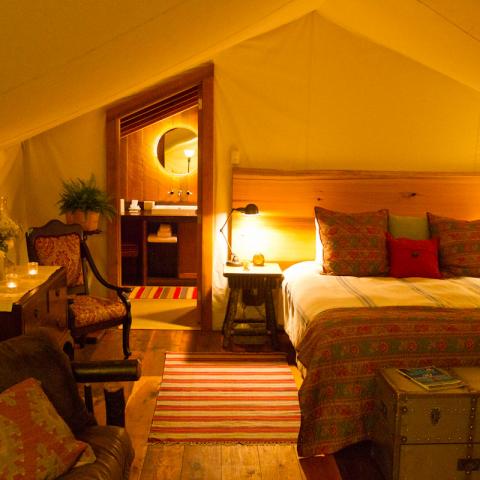 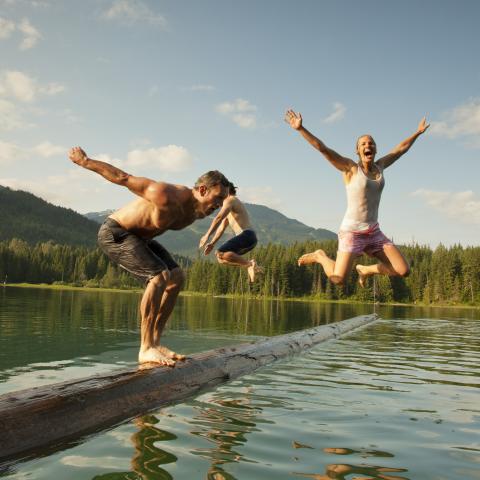